Along with Health-Care Reform, Premiums are Expected to Rise

Along with Health-Care Reform, Premiums are Expected to Rise 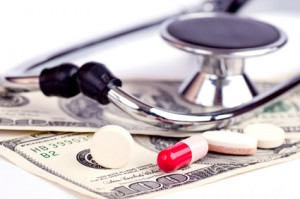 There are polls out there that show how much Americans know about health-care reform – which amounts to very little. However, employees are leaning towards one thing, and that is that the reform is going to increase their health-insurance premiums. They are also thinking that the quality of health-care insurance is going to decline throughout the years.

Employees were asked to complete a survey regarding how they felt about health-care reform and everything that goes with it. Each of the employees were between the ages of 22 and 69 and receive their health-care benefits through a union or employer.

According to this survey done through National Business Group on Health, more than 50 percent of the respondents think that their premiums for health insurance are going to rise over the next 12 months due to reform. They are expecting costs to rise, quality to decline and that they won’t be able to afford their employer’s insurance within three to five years. They also feel that the employer or union they are working with may not offer coverage in the future for their employees.

Understanding of the Reform

Only about 40 percent of these respondents knew information regarding health-care reform, while some knew more about the provisions that were being included with it. More than 65 percent of respondents were familiar with the mandate that you either have to have insurance or pay a tax fee. More than 60 percent knew that mid- to large-sized employers must offer benefits and insurance options to full-time employees. However, less than 40 percent knew about the health-insurance marketplace where you can find a wealth of companies and information regarding affordable insurance plans.